Before writing this article I took an informal poll of some friends to get a feel for what people believe about soy. The responses I got ran the gamut from “I don’t ever have it because I don’t want breast cancer”, to “I have a low thyroid so I avoid it”, and finally, “I’m a vegan so I eat a lot of veggie dogs and burgers.” As a holistic nutritionist, I have read and reviewed a lot of research on soy and I have come to the conclusion that soy may not be as bad as some people say, nor as good as others claim. Let’s have a look at the main areas of discussion when it comes to soy.

Tofu, tempeh, edamame, miso, veggie burgers, veggie dogs and other soy foods contain isoflavones, which are chemically similar to estrogens. It is well established that estrogen is linked to hormonally-sensitive cancers in women, including breast cancer. Breast cells have estrogen receptors and when estrogen binds with these receptors, a series of signals are delivered that can encourage estrogen-receptor (ER) positive tumor growth. The two main types of isoflavones in soy – genistein and daidzein – bind to our body’s estrogen receptors and have a similar effect as our own estrogens, but at about 1/1000th the potency.

They block the stronger natural estrogens from binding and thus exert an anti-estrogenic effect. 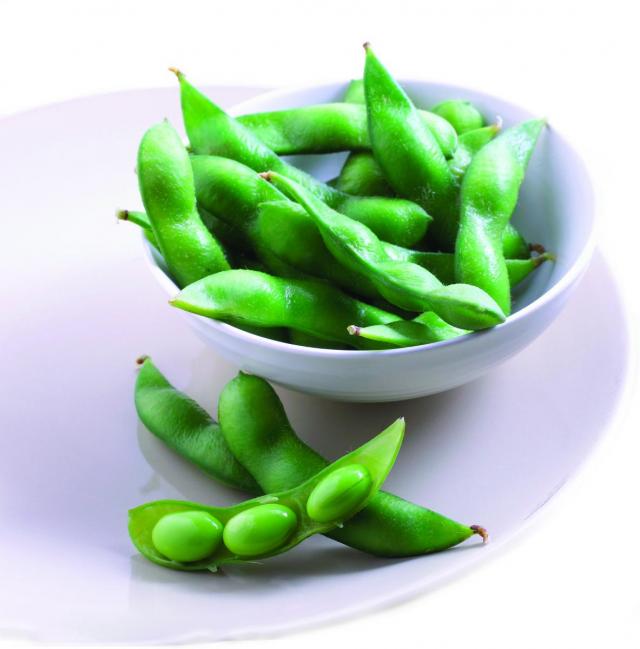 Population studies, in which large populations of healthy women are followed for many years and report details of their diet, have shown either no association or a protective association between eating soy and breast cancer. The studies that show increased cancer risk are on mice with no ovaries or damaged immune systems fed huge amounts of processed soy. Not to be flippant, but these mice studies may not reflect the effect of soy on humans. To reduce the risk of breast cancer, stronger evidence exists for decreasing alcohol and trans fat consumption.

Soy is a goitrogen – a substance that can supresses the function of the thyroid gland by interfering with iodine uptake and can result in a goiter, or an enlargement of the thyroid. A review of the research here suggests that, in reasonable amounts as a whole food rather than a supplement, soy may not have toxic effects on the thyroid, except in people who are already low thyroid, are deficient in iodine or have additional goitrogens in their diet. The problem here is that some experts claim that up to one quarter of the North American population may be iodine deficient and undiagnosed low thyroid may affect another ten to twenty percent. So does that mean that we should stop eating soy just in case we are either low thyroid or potentially iodine deficient? Not so fast. There is a tendency in North America to think that if a little is good, then a lot is better and it may be that people have approached soy this way over the last decade or two, since it started being touted as a health food. If you replace all your cow dairy with soy milk in your morning latte and then have a nice serving of edamame for lunch, maybe a soy chai latte in the afternoon and then some veggie burgers for dinner, it is easy to move into that “too much” category.

Keep in mind that soy is one of the usual suspects when it comes to allergy-triggering foods. Even if it is not affecting your thyroid specifically, the soy you consume may be triggering symptoms of an allergic response. An immediate reaction to the offending food is generally easy to spot, not to mention scary, and can include hives, itching, swelling in the throat, and even anaphylaxis. A delayed food allergy is another thing altogether. It can be as vague as fatigue and a stuffy nose, to stomach pains, diarrhea or constipation, skin rashes and heart palpitations, all of which could also be attributed to something else. If you suspect you have a food allergy of any sort, work with a health care provider who can walk you through the process of identifying and eliminating the problem food(s) but then also healing the digestive tract to help ensure long term health.

The issue of genetically modified soy is controversial, even as approximately ninety percent of the soy beans grown in the US are genetically modified. Government bodies, some scientists and the farming corporations that grow a lot of the soy claim that genetically modified foods are safe while at the same time, some European nations are banning or severely restricting the use of GMO foods. These countries are concerned about the potential effects GMO foods may have on health, including things like allergic responses, contributing to antibiotic resistance, the creation of new toxins and molecular and DNA damage. This is a multi-faceted issue, but perhaps what everyone can agree on is that labelling GMO foods as such gives us all the right to choose.

Here are some guidelines for including soy in your diet.

Join the mailing list to receive valuable and helpful informaition on whole foods and other tools to promote your health.

You have Successfully Subscribed!

Your email is safe with me - it will not be shared.